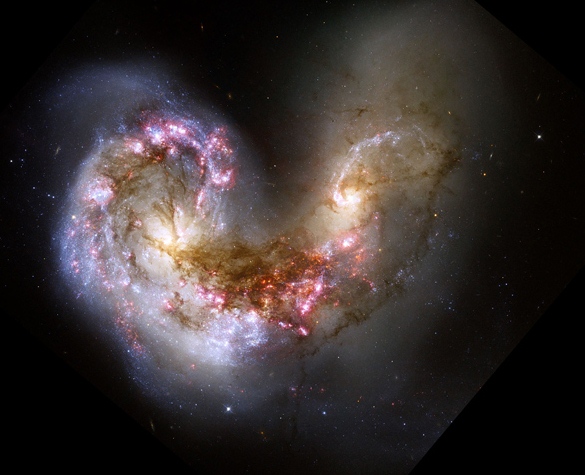 Introduction – There are many galaxies in the universe that are presented on a massive black holes but most of them contains black hole binaries or two black holes that results in the merger of other two galaxies that have encircled each other. The spiral Galaxy Messier 83 are also known as Southern pinwheel galaxy that is considered as one of the largest and closest barred spirals. Also, this is known to be the most dramatic or mysterious that hosts large number of supernova explosions with the double nuclear hidden on its core.

Meaning – This large galaxy that is known as Messier 83 is the most popular one. It is located around the constellation of Hydra i.e. 15 million light-years away. In the similar type of galaxies, it is considered to be the most visible one in the sky. It is known to be the most important member of various groups of galaxies that is also known as Centaurus A/M83 Group that includes Centaurus A and NGC 5253 in their team of members.

Working – It is surrounded by various hundreds and thousands of star clusters or individual stars and ghost of dead stars that is known as supernova remnants. The new generations of these stars make their formation in group directly on the edges of dark spiral dust lanes. This grouping helps in the production of ultraviolet lights that is presented in huge amounts. This will help in the absorption of these lights by the surrounding the diffused gas clouds which will cause them to glow and shine the hydrogen light that is pinkish n color. The main goals of this galaxy are to determine the age estimation of various clusters of stars that are also founded in southern pinwheel.

Research – A research has been conducted which shows the identification of wide variety of objects that ranges from background galaxy to supernova remnants to foreground stars. There are different types of spiral galaxies that entirely depend on the structure and appearance. It has been observed that the Messier 83 has various bars of stars that have been sliced from the center which further leads to the classification that is known as barred spiral. The other most popular galaxy which is known as Milky Way also belongs to the same category.

Formation – These bars act like a funnel channeling gas in the inward direction towards the center of the galaxy. Later, it will results in the formation of new stars that helps in the insertion of central black hole of the galaxy, which also explains the reason of most of the barred spirals to become active and luminous in central regions.