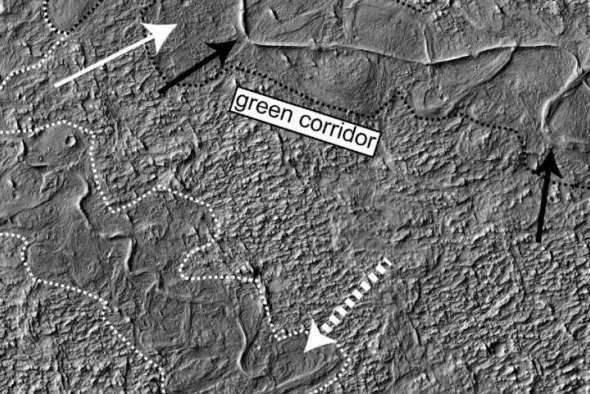 There is a deposit of river at the end of the planet Mars which helps to record the environmental surface from over 3.5 billion years ago. But this planet was not able to support liquid water at the surface. There is a specific region on the Mars known as Aeolis Dorsa. This region contains river deposits which are spectacular and densely packed. Satellite images are used for the observation of these river deposits as it contains a particular process known as topographic inversion. These deposits help in the filling of low river channels which further helps to disclose the backbone of the surface of this planet.

From this technologically advanced topographic cameras and high-resolution images, researchers identify the stacking patterns of these deposits which change the style of sedimentation. This style is controlled by a migratory coastline. Also, for the measurement of river paleo-transport direction, a unique method is developed which act as a subset of these ridges in the river deposits. These measurements defines the deposition in the river is filled with incised valleys. These valleys are cut and filled during falling and rising of sea level. These type of fallings and water rising in a large body helps in the formation of paleo-valleys. These water level fluctuations and movements in the coastline are recorded by the direct deposition in the river. It also helps to suggest long-term stability with the control in water body.

The environment on the mars has the ability to support liquid water, over 3.5 billion years ago. Falling and rising in eustatic sea level are filled with the river deposits. The researchers found the evidence related to fluvial deposits which helps in the representation of incised valleys carved with rising and falling off base level. They help to maintain and create cross-cutting relationships at the valley of scale. It helps to indicate various multiple episodes of rising and falling of water level which comprised of average 50 meters. It helps to change the level of the sea on the earth.