Home Trending Shaping of Red Planet due to winter
TrendingUniverse 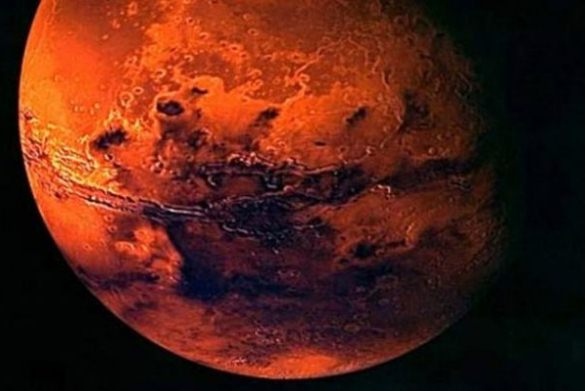 Introduction – Discoveries and research are the part of every scientist and researcher. And for them having a discovery or any information about Mars, will make them happy more than anything. Research on Mars has been continuous practice conducted by researchers for a long period of time, which is one of the favourite discoveries of scientists. History has shown that to know that is unknown is what human tendency is all about. Preparing for future outcome is what the aim of the researchers with the help of study in order to reduce future stress and any consequences.

Analysis – There has been many discoveries till now on Mars and the latest one shows the evidences for how contemporary features are formed on the Red Planet. They had an innovative lab based experiment on carbon dioxide (CO2) sublimation, the process by which the sentences changes from solid to a gas without an intermediate liquid phase. This same process is responsible for altering the appearance of sand dunes on Mars. The research has been con ducted by the international college professors who are pursuing their PhD. This research has also been published in many magazines of science.

Discovery – The professor working in this discovery shared that hearing about the new discoveries make them very excited and happy like when there was evidence for water on Mars. However, if talking about the current climate condition of Mar, there no frequent support of water in its liquid state. So researchers are very keen and interested in knowing the other changes that violates the activity of the Mars.

Illustration – They describes about Mars which is a composition of 95% CO2, it has seasons too just like earth that means lot of winter because the presence of excess CO2 which change the state from gas to solid and is deposited onto the surface in that form where as the process is vice versa in spring. Around many years back researchers have found the traces of some unique markings on the surface of Martian sand dunes. They called them Sand Furrows as they were elongated shallow, networked characters that formed and disappeared seasonally on Martian dunes. The unusual activity it appeared to the researchers was both up and down dune slopes, which ruled out liquid water as the reason.

Conclusion – They have generated 3-D models of the modified bed in each case, pit dimensions could be used to predict area of block sizes that would erode the pits seen on Mars. The further more research and work is going on Mars which will be soon reflected on published by the international and national journals of science and technology.