Home Trending New planet on the way of discovery
TrendingUniverse 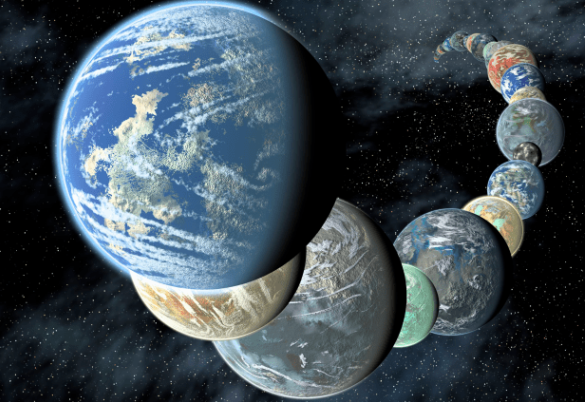 Introduction – The solar system we have is being tied for most number of planets just around a one single start named “Sun”. There had been recent discovery of an eight planet circling Kepler-90. The planet is just like star sun which is 2,545 light years far from Earth discovered by NASA’s Kepler Space Telescope.

Discovery – They found the planet when they had been using machine learning from Google and describes it appearance as a sizzling hot, rocky planet that orbits its star once3 every 14.4 days. They have used this mechanical approach to identify the planet by computer using this machine by Google that will be on continuous surveillance or search of new things. They record all the changes from telescope attached with computer and the changes that are caused by the planets is beyond the solar system has been termed as exoplanets.

Working – The machine is working very well with the exciting discoveries lurking in the NASA’s archived Keple4r data but they are waiting for the right tool for usage. The data that have been collected will be considered and will be like a treasure trove for many innovative researchers. The founder of this machine trained the computer to learn that how they can identify exoplanets in the light readings by Kepler. Researcher describes it working or whole structure as they are inspired from the human structure of neurons that can even find weak transit signals.

Research – Researchers are doing research with the demonstration of catching signals from distant worlds from this machine that continuously learns and adapts previous searches database done by Kepler. The average surface temperature of Kepler-90i is estimated to be 800 degrees Fahrenheit, on par with mercury. They orbit at similar distant to its star Earth does to the Sun. It is described as the mini-version of our solar system. There are small planets inside and big planets outside, but everything is scrunched in much closer. One of the software engineers from Google research team had an idea to apply neural network to Kepler data. Later the engineer became interested in these discoveries and started learning astronomy.

Conclusion – The machine has the capacity to hold and capture 35,000 possible planetary signals with continuous verification. They trained the neural network to identify transiting exoplanets using a set of 15,000 previously vetted signals from the Kepler exoplanet catalogue. All those results showed and demonstrated the enduring value of Kepler’s mission and using this new way of looking at the data with the usage of early stage research to apply machine learning algorithm.