Home Trending The dark side of the universe
TrendingUniverse 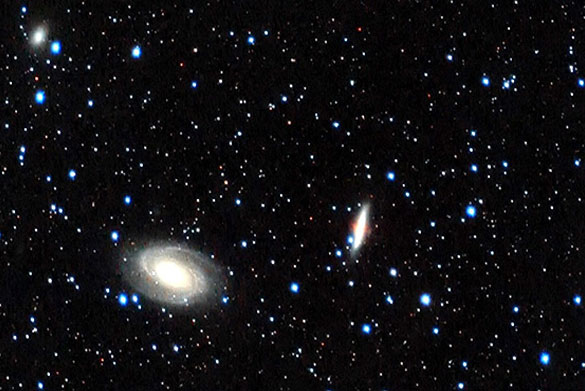 Introduction – The expansion of the universe is accelerating with the well tested standard models introduced every day. Scientists are studying every detail of the universe for providing us more information and technologies to the place where we are living.

Observation – It has been regularly observed that the dominant fraction of the mass energy content contained in the universe as a whole. These unknown forms of energies are described as “dark energy”. It is constantly pushing galaxies and its clusters away from each other with a special rate that is increasing with time. There are certain visible matters that help in the making of several other matters that includes stars, planets, galaxies and various others that are creating mysterious in unknown form known as dark matter.

Discovery – This discovery has been followed which explains that universe is regularly expanding itself in all directions which allows the galaxies to move away from each other. It helps to expand the raisins so that they can act like stars and galaxies. Scientists believe that this mystery is accelerating and does not allow the dark energy to reveal its identity. Our universe comprised of planets, stars and galaxies at the rate of 5%, but the other materials contained by it is dark energy.

Meaning – The dark matter is considered as an invisible stuff that helps in the detection of immense gravity that can make the movement of stars and galaxies. It helps in increasing the speed of the universe. The dark matter helps in the light emission due to which, it avoids the making of rogue planets or normal matter clouds. The gravity contained by the stars does not interact strongly, either it collapse into the flat structure like galaxies. It covers 27% of the universe.

The bottom line of the dark matter is considered as a new kind of particle which is much smaller than the atom. The biggest evidence has been found for the existence of dark matter energy. But many theoretical or hypothesized forms are tested, but it does not show its functioning.

Hubble’s law – The Big Bang constant does not results in the explosion of matter into the empty space; rather it is an expansion of space with a time that results in defining the physical distance between two cosmic objects that are continually increasing. This expansion is described as Hubble’s law, which suggests that the farther the galaxy is, the faster it recedes from us. It helps to measure the actual rate of expansion.