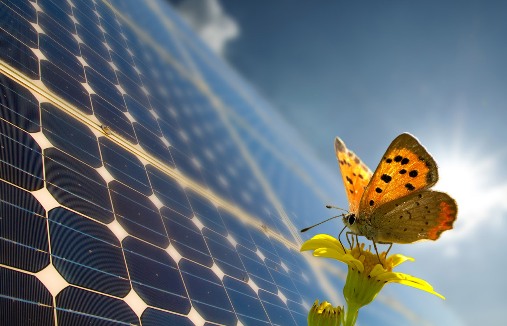 Butterflies flying in meadows and forest are one of the common sights in India. They are known for their different varieties of colors, body and tail. The common rose spends an entire day in collecting nectar from flowers like zinnias and Egyptian Starcluster. For increasing the efficiency of solar panel more, common rose might be used.

Researcher Randwanul Siddique was intrigued by the presentations on butterflies and nanostructures when he was in the conference. He used this presentation and paper as his motivation and he started setting a new type of solar cell design that can absorb more sunlight than traditional solar panels. According to him nanostructures are the reason behind different insects and their different of colours.

Morpho butterflies, the bright blues and green in color are cause because of the tiny tree-like shape in the wings, less than a millimeter across. Butterflies appearing shimmering and color changing in the air is because of the nano-structures absorbed and reflect their different colors of light when placed at different angles. 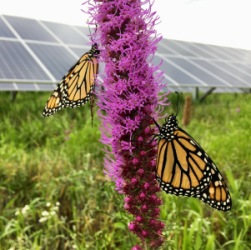 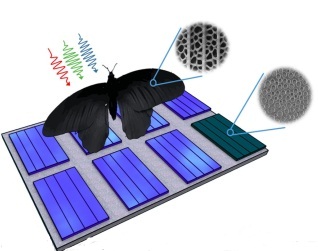 Siddique used the technique of butterflies’ i.e. solar cells, a type of structures that absorbs more light exactly what is required. They used a scanning electron for the examination of nano-structures and attempted to redevelop those structures with the solar cell. Solar cell efficiency was increased with the addition of tiny microscopic holes to the solar cell.

The reason behind such increase was because of the holes that increased the absorption at extreme angles. Most of the solar must be kept in position that is pointing towards the sun for generating more amount of energy. When they are angles off to the side, they are much less efficient, all thanks goes to those hole made.

With new work of technology homeowner can generate lots of power for a few hours per day. These solar panels produce more power at all daylight hours, which would translate to more power at more times. They used the butterfly method for cheap solar panels for power generation. Butterflies used nano-structures for combining proteins together due to chemical interactions those proteins automatically form into the right nano-structure.

Thus creating artificial version of proteins and applying them to every solar cells which led to the creation of cheap and scalable method of producing efficient solar panels.