Home Scientists No Use of Umbrella for Your Beach Day
ScientistsTrending 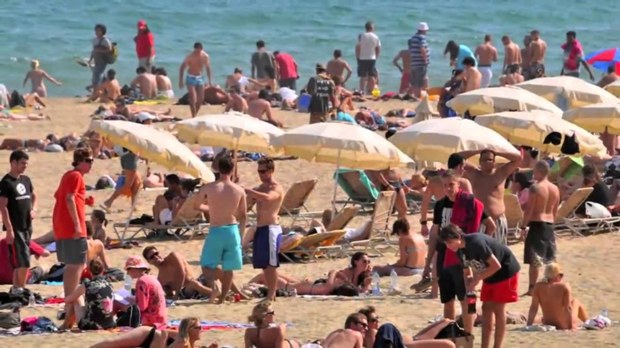 Introduction – Summer is approaching and with this blossom of flowers it is depicting beach time for them. Many are imaging and preparing for their summer holiday’s with summer word the first thing that comes to the mind is beach, sand and suns cream.

Along with these there are much more necessities to carry for summer beach like umbrella, food, sun glasses etc. But there had been recent research, every summer lover must know or who are planning to have their summer vacations on a beach.

Research – A new study gives a definite edge to sunblock. Researchers with their whole team had done research between products from different skin care companies’ and umbrellas. Does this necessity of summer prevent from sunblock? They took a sun protect factor of SPF 100 with the ability to filter 99% of the sun’s harmful ultraviolet rays.

When compared this protection cream with those of umbrella it displayed less efficiency and are less protective. More than three out of every four people shaded by a beach umbrella for sun burned. It comparison, only one in every four people who used the heavy duty sunblock got burned.

Method – The whole process had been described by the researchers as the sun’s UV rays hit the skin and produces extra melanin. The pigment is present in the epidermis, the skin’s outermost layer. There are few types of skin can make sufficient melanin to give them a protective suntan while others cannot. Depositing the energy causes painful reddening or even blistering due to excess exposure to sunlight. If exposed more or excessive sunburn or suntan can enhance the risk of skin cancer as reported by researches. 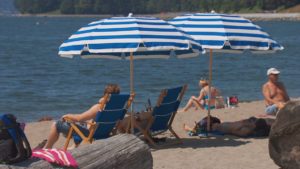 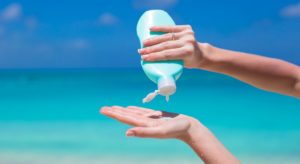 They want changes in this problem so; they took people with different skins in I, II and III on Fitzpatrick scale. The scale classified which level of skin will be affected and which will not. They selected the most dangerous time of the day and send the groups of suns cream and umbrella both in beach for around 3.5 hours. They restricted to enter water and before participated, the researchers checked everyone’s skin in order to make sure that none already had sunburn.

Conclusion – These were not only rules there was much more like suns cream participants had to apply the lotion 15 minutes before going out the beach and had to reapply once at least one in every hour. And those with shades have to adjust their shade according to the changing sun’s direction. Few challenges faced while understanding the research was not everyone was affected with same rate due to multiple factors like amount of lotion or even the skin had been exposed or not.
While those were umbrella shade was affected by the sand heat reflection and thus to get in conclusion went in problem. But one result was clear that none of the one can prevent from sunburn.

Mysterious Star Explodes Over and Over Dodging Death