Mysterious Star Explodes Over and Over Dodging Death 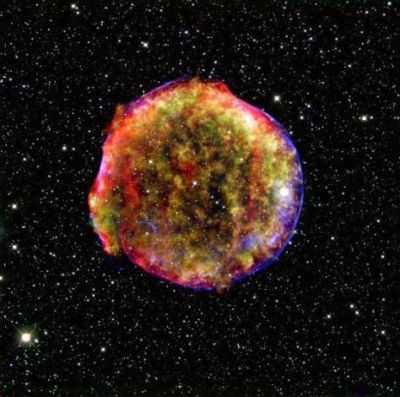 Introduction – Universe is a vast and enormous with multiple things to be explored. Researchers are investigating continuously various aspects of universe. Recently researchers found an Oddball supernova that lasted for three years and blows off gas at least three times refusing to die. They named it iPTF14hls because it erupted constantly for the last three years.

Due to its proposed explosion that involves brining particles and their oppositely charged counterparts within the core is considered as the tireless supernova’s first example. Researchers and astronomers are considering it something else as they are not able to understand its concept.

Research – Supernova is considered to be one-time thing because such objects are supposed to be exploded only. Resulting in its death and can’t explode again but not this supernova as it is one of the strangest and weirdest supernova have ever seen with the feature of start that keeps on dying.

Astronomers discovered it in September 2014 suing the Intermediate Palomar Transient Factory. It scans the sky frequently with a telescope. iPTF14hls looked like an ordinary type of supernova in galaxy of about 500 million light year away. All these explosions are called type 2 supernova, marking the death of throes of a star having a mass between eight and about 50 times that of our sun.

Discovery – The unusual fact was discovered when the supernova kept on growing brighter than dimmer and again brighter and the cycle of brightening and dimming continued. They obtained something more strangely that the supernova remained bright for more than 600 days. While it has been discovered it must have erupted and its explosion may have been going on for even longer.

There were few recommendations by other researchers that ordinary supernovae don’t do that. Normally, layers of gas get kicked out of an exploding star and they slow and cool as they expand. But this iPTF14hls is different with the ability of maintaining the temperature for the entire time it was observed.

Conclusion – There’s one theory that suggests stars between 95 and 130 times the mass of the sun can burst multiple times. For this kind of work the start requires gamma rays most energetic from of light that had been zipped about within it. The star may get hot transforming gamma rays into electrons and their positively charged counterparts. With this the trigger explodes and blows off but can recombine into gamma rays that can hold up the remaining stellar core.

Theory points that such stars blows off hydrogen in its first explosion whereas iPTF14hls expelled 50 times the mass of the sun in hydrogen in the explosion of 2014. Still confusion and research is going to unfold the fact behind such explosion by researchers.