Development of ceramic membranes is done by researchers from the Institute of Chemical Technology (ITQ), Valencia’s Polytechnic University (UPV) and the Superior Council of Scientific Investigations (CSIC). They were able to produce compressed hydrogen from methane in a cleaner and cheaper way.

The method has the ability generate hydrogen from methane gas and electricity in just one step and with near-zero energy loss, the following results of investigations in the field of hydrogen fuel cell vehicles as well as the chemical industry.

In industrial processes, hydrogen gas plays an essential role with the quality of high energetic density and zero greenhouse gas emission. It’s a sole by-product of water and a combination with oxygen in the atmosphere in order to produce energy. Becoming one of the main part to substitute fossil fuels as source energy for the sector.

According to the investigating head and CSI research professor Jose Manuel, impact of CO2 emission from transport in coming years can be controlled with the development and introduction of hybrid and electric cars in market, reducing the effect on the planet.

The large automotive industry is making huge investment in the implementation of hydrogen-fueled vehicles, with greater anatomy and charge faster than electric ones. They claim to generate compressed hydrogen in just one step i.e. simultaneously using high efficiency electricity and a methane gas or bio-gas isolating the CO2 and not releasing the atmosphere.

The production of hydrogen using this method at high pressure in a disturbed manner will be helpful and thus help in producing petrol stations, residential areas, garages or farms etc. Hydrogen is generated with a very low carbon print with this system if used electricity from renewable sources. Renewable energy can be stored as well in the form of hydrogen and can be used later in compressed state for a later use when the electrical demand is higher or as fuel for vehicles. 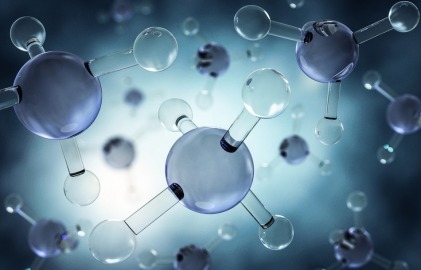 The project was accomplished with collaboration of other universities like Oslo and American multinational company CoorsTek, will make it so, that vehicle with hydrogen fuel cell can be recharged with an energetic efficiency and simplicity same to that of a battery electric vehicle. A noticeably lower cost than electricity, because of methane gas as a primary energy source, hydrogen could be a cheaper fuel for vehicles than electricity.
Methane for Generating Cleaner, Cheaper Hydrogen was last modified: February 8th, 2018 by Engg. Book
0 comment
0
Facebook Twitter Google + Pinterest