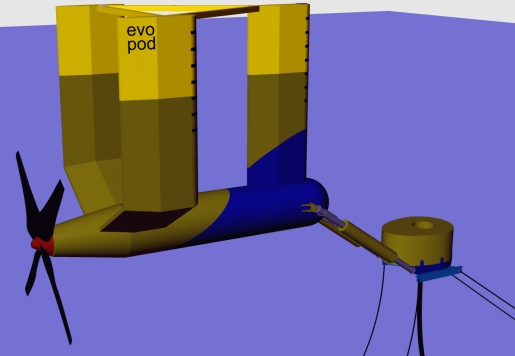 Introduction – World’s tides contain enough energy that can generate enough power for an entire UK’s electricity consumption. After the researchers have effectively harnessed the moon’s constant and predictable gravitational pull, tidal powers overcomes one of renewable energy’s classic problems and the fact they lays further that people have no idea how much to expect from sun , wind and rain.

Recently, underwater windmills positioned just below the ocean surface could be a major breakthrough for tidal power. Development of costly technology and inaccessible locations are now old but large, heavy and expensive turbines mounted on the seabed with the aim of commercial scale development. A rooftop solar panel required for tidal power.

Innovation – “Mobile floating turbines” is a wind turbine machine underwater but not fixed to the seabed, that are cheaper and more adaptable alternative to big, fixed developments. Placed where tidal flow is strongest and are then loosely tethered to the seabed. Turbines generated the power is transferred through cables down to seabed and along the shore.

These floating turbines collect energy from the swiftest-flowing water which acts to just below the water surface. To flow becomes less smooth and slows down when water bumps against the seabed. If turbines floating in current direction then it could generate significantly more energy than those stuck to the seabed.

Availability – Floating is cheaper like developing large, heavy turbines on the bed need expensive specialised vessels and docks. Even the routine maintenance is costly and the floating turbines can be towed to a site and installed very quickly at a fraction cost. Allowance for instance access for minimal waterproofing and routine maintenance, internal machinery is positioned above the waterline.

Good for those companies that are near the coast reducing their electricity bill as they currently using solar energy and wind technologies. Variety of interesting innovations and numerous floating turbine designs exits. There are other floating designs that include modular designs for easy transportation and assembly anywhere in the world or specially-streamlined turbine moored to a swivelled connector for use in rough seas.