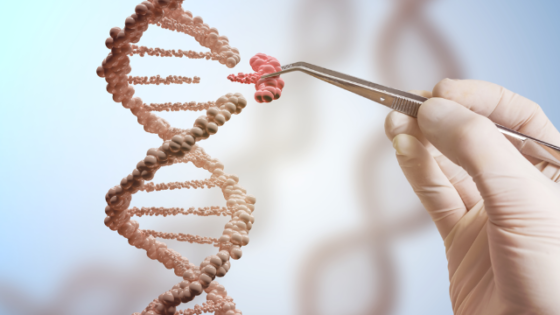 Introduction – What genes want the body cells to is been fairly spelled outs the directions as require. But sometimes there’s may a mistake essentially a typo in those direction and now working like a pencil, a completely new tools to edit body’s genes on letter at a minute. Half of the typos that cause human diseases can be fixed.

The new tool is termed CRISPR/Cas9 which is like set if molecular scissors that snips DNA. With this scientist can guide the scissors to the exact spot in an organism’s genetic instruction book where they exactly want to cut. Using this tool for faulty genes like mutations and they have practised in animals and humans.

Usage – There are multiple ways scientist can use the tool like changing gene instruction without even cutting DNA. The tools were named as base editors. A DNA base is a molecule represented by a single letter in the body’s genetic code and they are divided in three A, C, T and G. They can fix one-letter typos in the genetic code and at present they are only C’s and T’s in plant, fish, mice and even in human embryos.

Process – Editing DNA can be safer than cutting as there are drawbacks in cutting them. After CRISPR breaks DNA, a cell’s own machinery pastes back together but with consequences as it makes extra DNA cuts at place similar to target which creates new mutation by accident and it may lead to bad result. Different researchers claim different solutions but this new tool is made with expansion of toolkit scientists require for curing diseases.

With different suggestion and claims scientist researched and compared between DNA and RNA. The tool they obtained for RNA repairing is called REPAIR. They tested on human cells growing in dishes and they had the capacity to edit about 27% of the RNAs of two genes without any unwanted changes.

Conclusion – Editing of RNA is good for temporary fixes such as turning off proteins that cause inflammation but mutations require permanent DNA fixing. Further they made base editor that converts C to T but others used for fixing blood diseases in human embryos. The conversion of A to G is still not done and later they engineered bacteria to have a mutation in a gene that helps them fight an antibiotic so, they finally succeeded in using the tool for mutation.

Folding table that can be stored on...