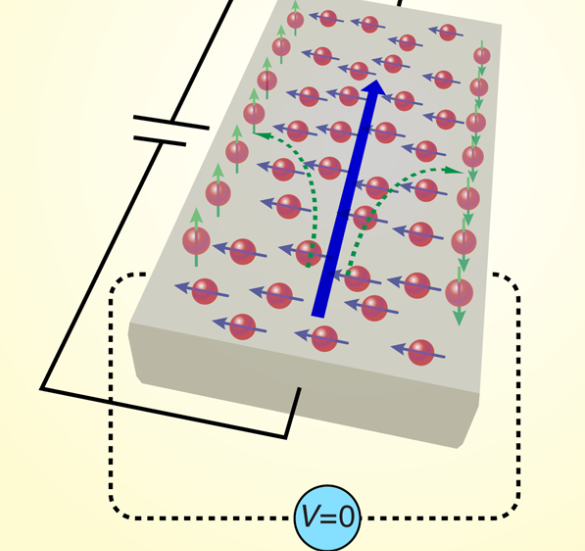 Introduction – Light can be generated in an electrical current in various semiconductor materials. This is the method of electricity generation through solar cells from sunlight. It also defines the method of taking photographs from smartphones. The collection of generated electrical current can be made through photo-current which is an electrical voltage that is required to force the flow of current in one direction.

Research – A research have been conducted which shows the development of new device that can demonstrate a method of controlling the direction of photo-current without any deployment of electrical voltage. A study has been conducted which says that the control of electrical current is affected by the direction in which various particles of light are directed. It is known as photons that allows the spinning in both directions i.e. clockwise and anti-clockwise.

New Device – The generation of photo-current by the spinning of light is polarized. Or in other words, there are more electrons that spin in one direction than in the other. The new device will directly hold the important potential that is used in the next generation of micro-electronics. It also uses electron spinning as the fundamental and the important unit of the information. In most of the data centers, it can be used for energy efficient optical communication.

It results in the creation of strong effect in the devices at room temperature that can be opened in the air. Therefore, these devices have the potential so that it can be implemented in the next generation computation and communication systems.

Basic Form – Light is the basic form of electromagnetic wave. It defines the pattern of oscillation of electrical wave in both the rotating point and straight line which is known as polarization. In circular polarized light, the electric field can be spinned in both the directions. In such conditions, the particles of light create both negative and positive angular momentum. The optical spin is analogous to the spin of electrons that endows magnetic properties to materials.

Development – Also, a new category of material has been developed that is known as topological insulator. It helps in the discovery of intriguing property that is not found in the common materials of semiconductor. On the surface of these insulators, the electrons will spin in one flow of direction. This effect is known as spin momentum locking that means the spin of the electrons is locked in their travelling direction.

The shining of circular polarized light on insulators will allow the flow of free electrons on the surface in selective method. This effect is created with the generation of photo-current on the surface of insulator materials that requires electric voltage.