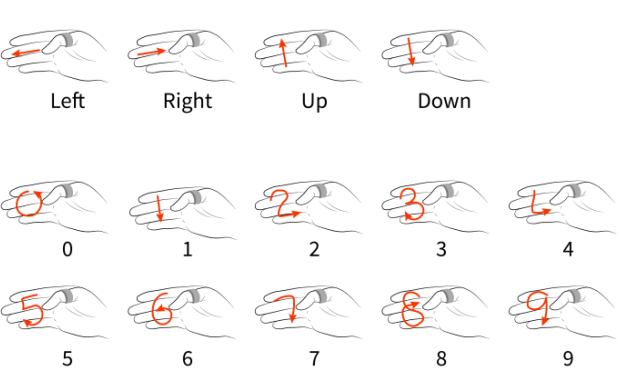 Introduction – With advent of technology, wearable devices have become the mainstream all around the world. It is considered as disruptive development in consumer electronics that are used for functionality associated with mobile device and various others. Similarly, special technologies have been created that allow the tracing of different numbers or letters on their fingers. The written figures will be appeared on a nearby computer screen of the user.

Research – A unique thumb ring is designed that triggers the outfit of ornament with a tiny microphone and gyroscope. When these rings will be inserted to the finger of the person, the hardware or device automatically detects the movement.

A research has been conducted which shows that in near future, this technology will allow to send phone calls to voicemail or answering text messages, even after the invisibility of the user for their phone. Whenever any person grabs the phone during the time of his/her meeting, the gesture mode will directly violate or distract the conversation. But at the same time, if the call is sent to the voicemail, there will be no interruption if they will write “x” on their hand just below the table.

Usage – This technology can also be used in virtual reality when they are replaced with head-mounted device so that different commands can be inserted through keyboard or mouse. A system has been built that is easily available and ready to use all the time. During the time of daily activities, ring augments defines a way that is completely non-obstructive. This ring is accepted socially in parts of the world due to its technological advanced feature. This system is known as Finger sound.

Conclusion – Other gesture based systems fulfill the requirement of user to perform different gestures in the air. It uses the fingers as a canvas. It also allows the system to recognize the start and the end of intended gesture that uses gyroscope and microphones for detecting the signal. While performing the gestures, it also helps in providing tactile feedback. This feedback is very important for creating user experience which is missing on other in-air gestures. The intended gestures helps in the improvement of accuracy.