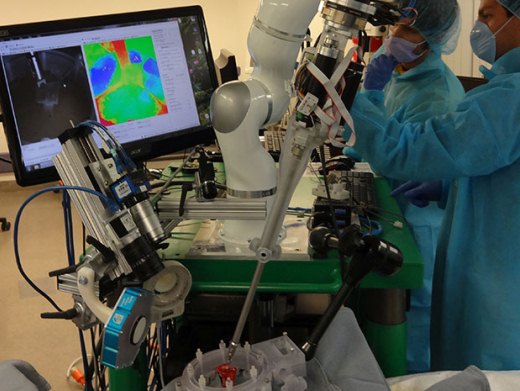 Introduction – There are various mechanical technologies which are used by the scientists as well as the general people. A unique gold-standard technique is used for studying the behavior of various cells found in the brain which are known as neurons. It functions under different states or conditions of the brain like stress or learning. This standardized technique considers whole-cell patch clamp electro-physiology or whole-cell recording which is also known as WCR.

Method used – This process or methods are used or experimented on mammals which help the scientists which helps them to understand the functions and disorders of brain like Alzheimer’s. This technique was developed in 1970’s. They follow a pattern in which they observe different electrical activities of individual neurons found in the brain of live or real-time present mammals. It helps in building-up of big picture of the functions performed by the whole organ of this species. But the process of WCR is complex and challenging due to the use of small-scale equipment and the involvement of microscopic nature. For the finding of neurons from the brain, there is a great requirement of precise movements made by them. It further helps in the accurate recording of electrical currents. It leads to the specialization of usage of this technique by small number of laboratories.

Invention – For this, engineers developed a special robotic and computer programme which helps in the guiding and measuring of very small devices known as micropipettes. It focus on particular neurons found in the brains of live mice which further leads to recording of various electrical currents without any human intervention. This was the first report which generates complete automated platform. They aim on the working and communication of different neurons present on the brain. These neurons create complex structures which make use of molecular and electrical signals. It helps in sending information related to neighboring neurons as well as the brain which is considered as the whole structure. These neurons perform differently due to certain brain disorders depending on various conditions like healthy or not fully performed function. These techniques show the pattern of communication of neurons with their neighboring cells.

Conclusion – There are various structures that cannot be visible by the human eye. They require short and correct methods to measure them. For this problem, technicians taught robots for the generation of visibility powers. By this, they can easily see the neurons present inside the brain and performs the same process in a better way from the humans. It leads in performing functions at larger scale and helps in increasing the speed of learning about the brain and its disorders.