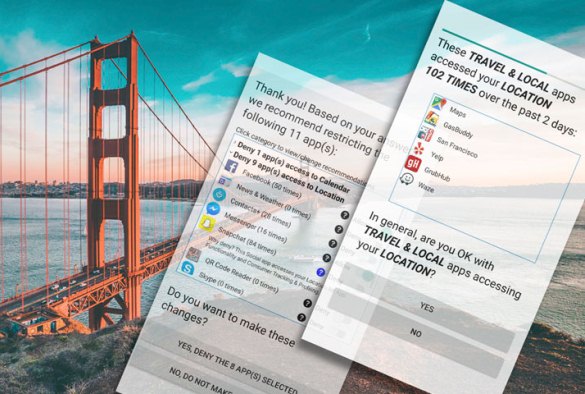 Introduction – An effective way has been introduced, which controls the assessment of third party and help application developer to make large sum of money through advertisements and different marketing profiles. The development researchers introduced a new application for android mobile phones which helps in the management of interaction with phone library and informs the usage space form the library to the user. Multiple applications on your android mobile phones make use of each of these libraries. For the privacy protection, there is an reduction in number of decision , which makes it easy for the user to decide what information each library should share rather than what material each application shares.

Reach – Access through third-party library limits the undesired exposure for personal information with the help of smartphone applications. There has been introduction of more than 11,000 android apps by 1,300 people which founds top 30 libraries sued for more than half of sensitive data taps. Also, applications in the name of protect my privacy for the users, which provokes them to make their decisions which can handle sensitive data. It is the most effective process especially for the cases when the user allows one application on the android mobile phones for a particular library which can access all the sensitive information related to user.

Functions – For the addition of functionality in the android applications, application developers use third-party libraries. Also, it can generate lots of money by linking their applications with these libraries. Google provides a special library which targets the user with the advertisements of their interests and access their original location. Individual decisions are made based on the access of sensitive information by the users. Also, the involvement of third-party libraries allows the users to protect their sensitive information by using these android applications.

Requirement – This application not only requires the decision based on yes or no; instead it also helps in the sharing of little information with certain libraries. It also allows the user to customize or modify their real location or address, which is necessary to create these libraries. It also grants the situations when the user doesn’t need to send their address, and developer can earn money by their advertisements. Users can access operating system of android mobile phones completely by making using of these applications. It is popular due to advanced library based approach provided for the user. This work or procedure has the ability to influence both Google and apple for the further development of library-based applications.