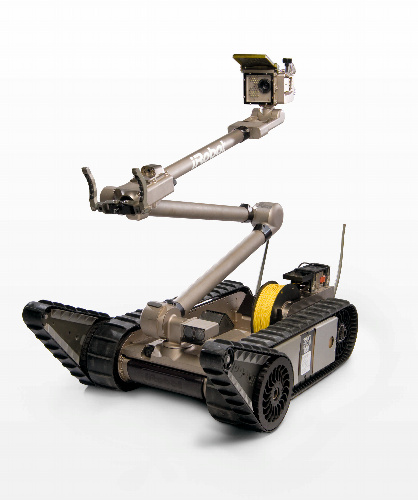 Introduction – Developing machines to help humans in their activity is normal nowadays, but predicting where they will make their next move is like future telling. Recently, there is an invention of robot which helps people to pass on without any blockage in the crowd and following all the human social rules and not creating any kind of disturbance.

Robot named Jackal because it gets where it is going at a brisk walk speed without hitting into anybody. It is designed to project paths around people in a way that makes them feel comfortable and without any harm to robot. The team describes the phenomena of setting such robot. As people walk without thinking much about it.

Navigating is one of the difficult tasks because predicting and analyzing where crowd is moving. Here what the job of robot is to predict where these people will go along with planning its own path around them. A problem spotted by researchers termed as “freezing robot” that is because robots are not able to move around lot of crowd. So, scientist and researchers programmed Jackal with technique where it will use algorithms and find ways to come out. They can be used for many purposes. 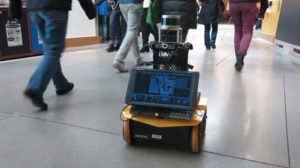 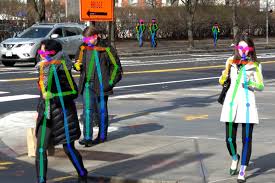 Technique – Researchers utilized new programming technique and lets an algorithm learn by practicing. That includes deep-learning system might practise searching faces in photos by looking millions of pictures provided with labelling. Additionally, they used extensive learning to write an algorithm called AlphaGo. Al the mental ability development had been done with the help of games. All the complex games had been played by robot.

They got motivated from board game and modified robot in order to get to its destination without freezing and framework. Certain rules and regulations are followed according to the places like right or left which are parts of culture.

Operation – For making this project into practicality they organized a computer model which was like a video game. They took four stimulated robots with random points on a map. Separate goals had been given while obeying social rules and the model ran through 3,000 practice scenarios over a period of time. The practice got results and without freezing they were able to navigate in crowd.

Additionally, they are working on a very similar robot called “Jackrabbot.” Still research and practices are going on with the robot which can make their own decision and anticipate according to the situation.