Home Technology Lionfish to be Vacuumed up by Underwater Robots
TechnologyTrending 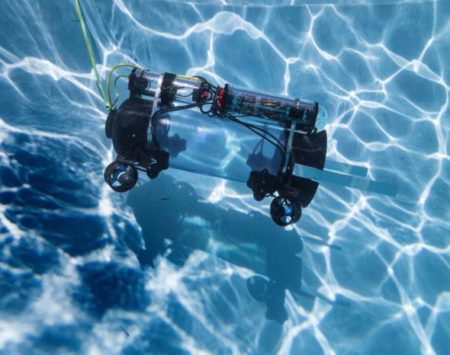 Introduction – Sea is a vast creature of sea animals recognised and many unrecognised. From one of them, a beautiful and deadly lionfish has destroyed corals reefs around Bermuda and other places of Atlantic Ocean. They live in Middle East Pacific Ocean and no other to feed on them. Researchers describe them invasive species which eat many species on the reef. But there is new robot that can help these invaders to get under control as it captures these species and one day it may be served for dinner.

Experiment – The robot structure is made like which essentially made to vacuum that zaps and sucks fish. The team with the researcher and scientist examined and experimented in a lab by dropping several lionfish into large saltwater pool and their quantity is more near the ocean in West Atlantic island nation of Bermuda. They sat nearby and started using joy stick from video-game controller and steered the underwater robot.

A large computer showing a complete vision of sea from robot’s eye and soon prodded then joystick on the controller and scooted the robot closer to a large spiky lionfish. The crowd was watching every action of the scientist drifting the joystick in the ocean. The robot sent and electric shock through the water which stunned the fish and drifted it motionless this provided an opportunity to the robot to slowly suck into holding chamber. 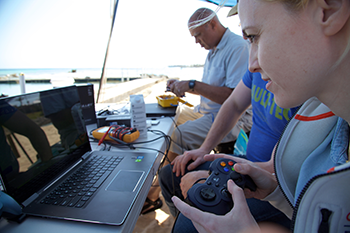 Inspiration – The inspiration that came to the lead researcher mind when they went on a vacation with their family and found the large amount of invasive species in sea. As well as they heard so many problems faced by the people living over there and this challenged them and took help from of their friends who owns an iRobot company for making the sucking robot.

The lionfish is like a thorny weed that grows and destroys the soil and lionfish eats whatever fits their mouth. They started making the robot using prototypes and testing in pools. For salty water they mixed salt and mixed it with wooden beam. After the successful working of robot they started using the fish for better use so, they asked restaurants to serve it and soon lionfish will be one the menu’s option.

Conclusion – Continuous research and findings on lionfish’s habitat and structure are going on for their better solution. Researchers are concerned about the expenses may happen in future. They are planning to eradicate this problem as soon they will come with more powerful and innovative robot with better features.

New Cells to Assist Brain in Remembering Pain and Fear