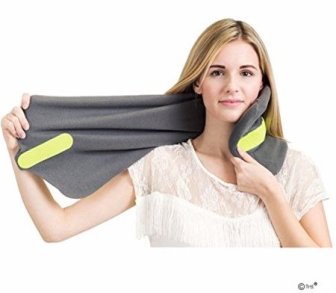 Now you can sleep while travelling so that you can be awake when it counts as there are Napscarf by the Trtl which is essentially a product that seeks to improve on all the shortcomings of most of the travel pillows available in the market.

We are very well aware about the struggle of trying to find a comfortable position in order to sleep during the long journey. But through this product, the head rests properly and no worry of excess strain on the neck while reading. This amazing product offers support like a neck brace with the softness of a fluffy pillow.

It also has a sheet of plastic inside it which is bent in the “c” shape as well as rests with the top of the “C” on our shoulder while the other end below our chin. It is the “C” curve towards our neck which is bracing it.

The plastic used is quite sturdy so that once we put the “C” in place; we can wrap the fleece around as well as secure it. Through this, our head is just straight up. Now we can sleep by leaning our head towards whatever the side this is as the other side is the not supported. 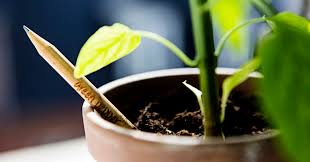 Collaboration between students and Danish entrepreneurs has produced pencils that can grow into flowering plants, herbs, and vegetables. The concept of sustainable tool is created by the sprout world so that your pencil does not go to waste or when it no longer writes. Once your sprout pencil has reached to its end and can’t be sharpened any more.

You can turn it over and plant it in soil. It is due to the seed in its tip. The seeds range from smaller herbs to cherry tomatoes. The pencils are made of sustainably sourced cedar wood, with the pigmented core made of a mixture of clay and graphite.

The seed pod is also made of cellulose, meaning the whole pencil is non-toxic and safe for kids to use. To curb their carbon emissions, the company sources all their materials locally, with two different production models for their two main markets including Europe and North America.

Sprout has launched the limited edition tree-growing pencil to mark Earth Day and promotes sustainable tourism and logging. Sprout says just one tree is required to make 170,000 pencils and that it will give 10 percent of proceeds from the sale of the limited-edition pencils to Forests of the World. Sprout recommends planting the pencils outside during fall and “letting the winter do its work to break the seed dormancy. 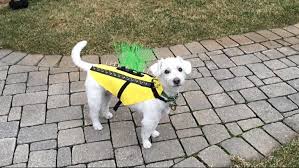 The coyote vest’s menacing exterior is made of Kevlar and Spikes and is sure to ward off any coyote or predator. It was created by Paul and Pam Mott, who lost their dog Muffy. The spikes and whiskers poke an attacker in the eyes or mouth, giving your dog a new way to ‘kick coyote butt’.

The Coyote Spikes are made from chrome plated hard plastic (metal spikes would be too heavy). The spikes are not razor sharp but they are sharp enough to hurt if you apply a lot of pressure and they play a key role in protecting your dog from predators and aggressive dogs.

The Coyote Vest will not slow your dog down or impair their ability to run and play. It only covers the critical neck and side areas where most bite wounds occur. Since it does not cover your dog’s chest area, your dog won’t get too hot wearing it.

Water will not damage the Coyote Vest and your dog can wear it in the water and swim without any trouble. The body armor works by offering multiple levels of protection. First, the large spiked collar area will prevent neck bites and deadly shaking.

Second, the vest is made from ballistic nylon reinforced with a special stab-resistant Kevlar that was originally developed by the U.S. Government for prison guard uniforms.
The Kevlar side panels prevent even the sharpest canine teeth from puncturing the vest in the primary bite zone. 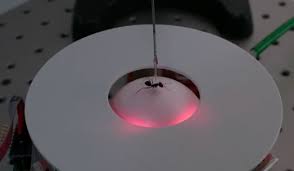 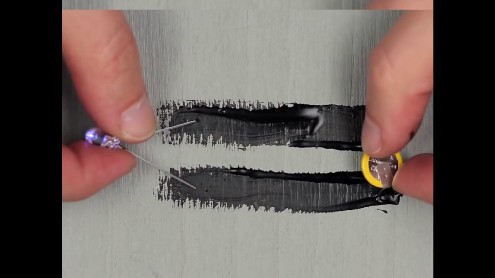 Now there is an Electric Paint by the Bare Conductive Paint which is a multipurpose electrically conductive material perfect for all kind of DIY products.

It can work like any other water based paint except it conducts electricity. It can be used as both a liquid wire and an adhesive.

This Bare Paint is based on water and nontoxic. It can be dried at room temperature. It is the non-toxic electrically conductive paint which is available to consumers today. This electric paint can be used in order to fix the key fobs or remote controls so that there would not any need to throw them out.

This unique child friendly material is designed for the purpose of people of all ages in order to explore as well as learn about electronics with the inclusive and easy to use material.

We have to just follow the online tutorial in order to get our working done. This electric paint can be used as both a liquid wire as well as an adhesive.

It also provides a dramatically different method of interacting with the electronics as it can be applied to almost any surface such as cardboard, paper, wood, wallpaper, walls as well as textiles and some plastics.

We can sue it in order to attach components to a range of materials. It is very helpful in order to replacing conventional acid etching which is making it great electronic prototype tool.

This is the great alternative to the soldering iron. This paint can be used without gloves and masks as it is non-toxic and water soluble. 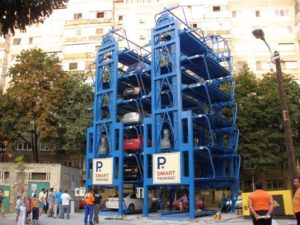 Vertical and rotatory car park system has the structure that stacks and rotates cars like an over sized ferris wheel. This structure stack system is known as P+ Smart Parking System. The giant structure measures 17 m high and holds up to 16 vehicles.

Drivers can use the service with or without the parking attendant’s help and your car travels down to you in only 90 seconds. The flexible parking systems can be setup indoor or remain free standing.

The Smart Parking system could be part of the answer to how to quickly and efficiently process multiple cars for parking in increasingly crowded urban spaces. Requiring less than 5 days for setup, the structure can rotate both clockwise and counterclockwise. Most important for the client, it offers the flexibility to be used permanently inside a building or simply as a free-standing unit.

It’s more expensive to build out than to build up. They are packed with latest technologies addressing the growing problems of limited parking space by utilizing robotic car parking systems in areas where crime, congestion, ,zoning are problems and where land is too expensive.