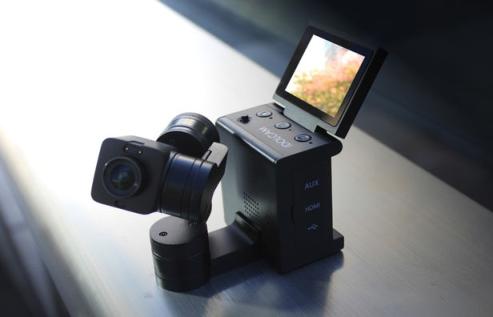 A pocket sized camera named as IdolCam has been developed by the researchers with a large as well as impressive array of video capturing capabilities.

It has 180 degree flip touch screen along with camera capabilities which have been combined in order to provider a 4K video camera to the user.

Due to its sensor is of 12 MP, it contains 16 and 14MP interpolated photo shooting capabilities as well as only one of various indications of the range of possibilities which is possesses.

idolCam has been considered the world’s first pocket sized camera in order harness the state of the art 3 axis gimbal from drones, inter changeable lenses from the DSLR, beauty lightning from fashion photography, compactness as well as ease of use from the action camera as well as 180 degree flip able touch screen from vlogging camera in order to create the ultimate 4K video camera.

With the help of IdolCam, you will always be one click away from amazing videos so there will be no more necessity of setups as well as break down and haul around a case of camera gears.

It is the good embodiment of our favourite video gears in one tiny package. We will be able to fit all the lenses which we need inside a match box as well as true compact size.