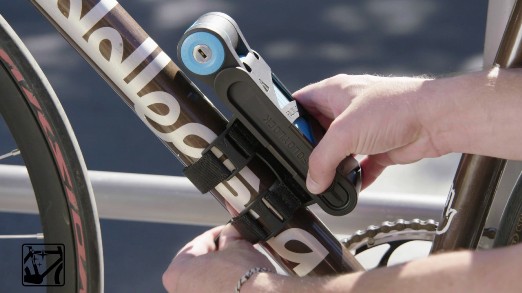 Now there is no need to worry about the security of your bicycles or bikes as there are Foldylock Compacts which is a bike lock. They perfectly integrate minimalist aesthetics along with tough and durable materials.

They are premium folding bike locks which features the perfect MIX between the protection, weight and design. The designers of the locks have combined two of their own previously designed inventions which are Foldylocks and Seatylocks in order to create this kind of new product.

The carrying case is mounted to bike for easy access as it holds the small lock. This compact has been made of six hardened steel links over modelled by a reinforced-military graded –UV treated polymer.

It is helpful in making it friendly to your bike’s paint job as well as protected against the elements so that it could maintain its fresh look for a very long time.

It has been constructed from anti drilling hardened as well as rust proof components so that it could resist the most violent abuse along with it could withstand extreme weather in the harshest environments.

This compact can unfolds to an 80cm as well as weighs only 1KG. So it is easy to carry in a designated case which is mounted onto bike’s frame as well as it is long enough in order to lock your bike frame and one of the wheels to an extent object.

This case can be mounted to the bike frame by using the bottle holder and fixing screws or with specially designed straps.