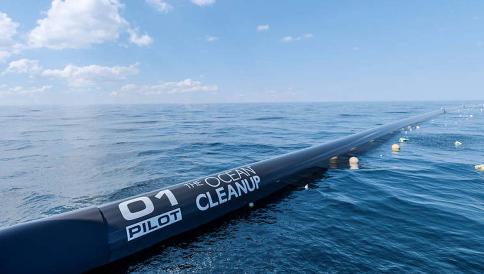 A significant and enormous idea has been brought for cleaning the rubbish which is floating on the ocean’s surface in the form of Ocean Cleanup Project. This project has a plan for addressing the most complex task of cleaning up on the world’s offshore plastic accumulation zones.

This is the first ever machine which is able to clean the planet’s largest chunk of ocean plastic due to set sail. This group is showing their efforts in this project and enthusiasm for accomplishing their ambitious task by explaining an interactive and comprehensive timeline for tracking their progress.

It is the most amazing and significant idea for safer marine life in the area as it ensures to achieve unprecedented success. This system works by using a combination of big floating nets which are known as screens and held in places with the help of giant tubes.

These are made with plastics in order to suck rigid waste out of the water. It will be helpful in transferring this debris to large ships which will later take it to shore for the purpose of recycling. This ocean cleanup project is focused on installing multiple big floating scoops in which each is stretching a mile from end to end.

Through this project, fishes will be able to escape the screens by passing underneath them at the time when boats will visit for collecting the waste on particular time.  This cleanup system collects the plastic through the current in ocean in order to move through it instead of deploying vessels to scour the oceans.