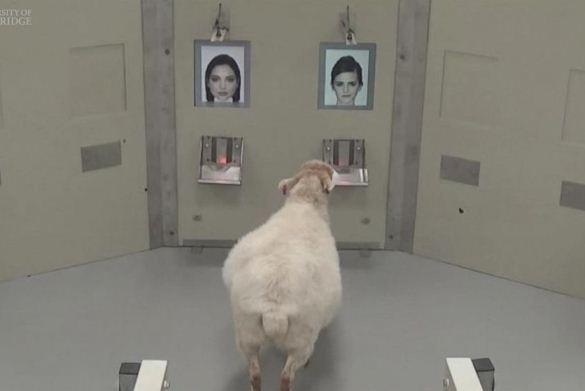 Introduction – The technology has been reached to such a phase where animals can perform work of robots and machines. Due to this, a latest innovation has been made which shows that the use of photographic portraits allows the sheep in various parts of world to get the training for human face recognition. They can also identify the picture of the person who handles them, without going through any training process.

Study – For this technology, a study has been published which says that a special series of tests is provided to the sheep so that they can monitor various different kinds of cognitive abilities. The large size of the brain and its longevity allows similar models to perform a study of neurodegenerative orders like Huntington’s disease.

Ability – This face recognition ability in sheep is considered to be the most important human skills. As recognition of familiar faces can be done easily with the identification of unfamiliar faces that continuously present some images. There are certain animals like monkeys, dogs and sheep that are known by the name of social animals. They also have the capability to recognize other sheep as well as familiar humans.

Experiment – An experiment has been conducted on these sheep. Many professionals provide them training so that they can recognize the faces of any four celebrities that have been displayed on a computer screens in the form of photographic portraits.

It also involves various type of decision making that moves around a special designer pen. The one end of the pen can show two photographs on the computer screens. For this, they will be rewarded in terms of food for choosing the photograph of the celebrity. If they will choose the wrong photograph, then automatically the buzzer will be started with the rejection of reward. With the help of this activity, sheep can learn to associate a reward with the photographs of the celebrity. After this training, two photographs will be shows to them i.e. the face of the celebrity and some other face. It results in the correct choosing of eight faces out of ten.

Another research – Other tests have been made which shows that whether the sheep will be able to recognize its handler or not, by looking a t a photograph. As the handler of the sheep spends more than two hours in a day with them, they can easily recognize the faces. But when the picture of the handler is scattered in place of celebrity, then the sheep recognized the face of the handler against the unknown face.