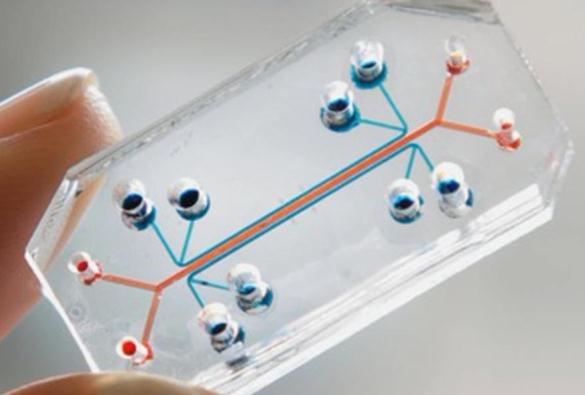 Malaria is considered as the most severe problem in regards to health of the general public. A research says that around 212 million people in 2015 are affected by the disease of malaria all over the world. This disease is life-threatening which is caused by parasites through the bites of infected female Anopheles mosquito. This disease has direct transmission to humans. In this disease, infection is created on the red blood cell which reaches to blood-vessels in the placenta. It will results in transmission from mother to baby which further shows terrible results. The research has been conducted which shows that there are about 10,000 maternal and 200,000 new born deaths annuals. Effects of malaria are created especially in the areas of sub-tropical regions.

With the combination of engineering technology with microbiology, there is an introduction of new technology i.e. a 3-D model which uses a single microfluidic chip that sense and studies placenta related disease and pathologies. This technology has become so popular which increase its utility among various healthcare centers and hospitals. It will imitate the micro environment of the malaria in placenta especially the material-fetal interface. Therefore, these placental models are used for various research purposes.

During a mosquito bite, different parasites are released into the bloodstreams and leads to the infection in various cells generated in the liver. After this, parasites are reproducing in the liver cells, then burst into it and immediately create thousands of new parasites which again help in the entering of cells into the bloodstream and create infection among other red cells. This reproduction process is continued now in the red cells which creates the destruction of various infected and uninfected blood cells. But even after this process, some forms of cells are left untreated which are infected with the disease and led to the death of the individual.

After this unsuccessful process, researchers from top universities made an idea based on the development of a device known as placenta-on-a-chip. It uses enclosed micro sensors. This device helps them to monitor the good conditions and a proper nutrient circulation of real-time vascular cells which act as a barrier between mother and the fetus. It helps in influencing various parasites of malaria which help the doctors to respond to the better drug treatments.

This technology of placenta on a chip is able to affect actual blood which flows In vitro and imitate the micro-environment of malaria-infected placenta in this flow condition. This process sis examined by the researchers which suggest that the red blood cells can interact with the vasculature of placenta which further helps in the identification of various interventions that reverse infected parasite erythrocyte adhesion which is mainly found on the tissues of placenta.