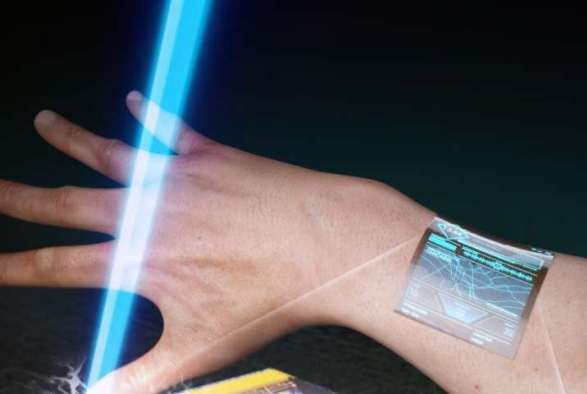 Electronic devices are keeps on changing with the change in trends. It includes a continuous shift of shapes and forms used to make electronic devices. A trend has changed from the rigid and hard electronics to flexible electronics which includes smart phones, personal computers and wearable devices respectively. This is a natural phenomenon which creates the desire in the users for getting more convenient and comfortable devices.

The flexible technologies like wearable electronics are continuously researched and developed on regular basis by creating a broader interest. There are similar popular technologies that create attention for maximum people which include eyeglass and lenses for expanding realities, smart watches and functional clothing. For making our clothes stylish and functional based on the latest trends, these smart and wearable devices are attached to everyday clothing.

It allows the communication done between different wearable appliances and wearer. For performing functional factors with smart electronics, clothing-based information is displayed over other wearable devices. When Technologies are transformed into the reality, various textile industries and electrical engineering concepts are collaborated by displaying a reality smart phone technology into clothing.

There are various inventions done for wearable displays which include presentation of applications like fashion IT and healthcare. With the integration of organic lights into fabrics, there are inventions of flexible and reliable technologies for wearable displays. Display of the information has become significant in today’s world due to the construction of external part of these devices for the use of next generation. Lots of efforts have been made for the commercialization of clothing-shaped wearable displays by the engineers.

There is an another introduction of luminescence formed in fabrics in 2011, which made the research based on displays on clothing which further leads to gain an considerable attention in both academia as well as industries. Lack of commercialization in these technologies is due to the surface roughness and flexibility. Clothing-shaped wearable displays has become complex for the people to reach this technology due to the technical limitation. Recently, light-emitting clothing-based wearable displays have been developed that can be easily commercialized.

Two different approaches are used by the researchers, which suggest fabric-type and fiber-type for clothing-shaped wearable displays. A thin Planarization sheet is developed which is laminated. It is thermally developed onto fabric, for the compatible surface formation with organic LED lights. Also, there is an enhancement in the accuracy and reliability of these techniques and technologies. A dip-coating method is introduced by the researchers which has the capability of layer deposition uniformly. It also develops polymer light-emitting diodes on the thin fabrics also.