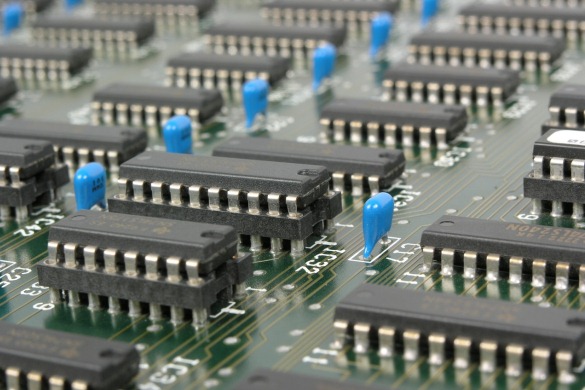 Introduction – The creation of semiconductor structures for high end optoelectronic device has become easier with the continuous efforts of researchers and engineers. For this , a special method have been developed that chemically engraves the patterned arrays in the semiconductor that is a gallium arsenide which uses solar cells, light emitting diodes, lasers, field effect transistors, sensors and different capacitors.

Techniques – The etching of these semiconductors can be done with two different techniques like wet etching make use of chemical solution so that it can erode semiconductor in all directions but the dry etching make use of directed beams of ions that can attack the surface by carving out a directed pattern. These patterns require high-aspect ratio structure which is very important for most of the high-end optoelectronic device applications.

Devices – Silicon is considered as the universal or pervasive material in semiconductor devices that helps in the grouping of more efficient optoelectronic applications like lasers and solar cells. Metal assisted chemical etching uses two step processes. Firstly, thin layer of gold is patterned on the top of semiconductor wafer with soft lithography. The gold catalyze uses a chemical reaction that etches the semiconductor from the very top to the bottom. This problem can be solved by turning metal assisted chemical etching, a wet etching approach that has been developed for silicon. This method is very fast and less expensive. It optimizes chemical solutions and reacting conditions for semiconductor gallium arsenide.

Pattern – For the creation of metal film patterns on the surface of the GaAs surface, a patterning technique is used that forces the optimization of method that is known as lithography for chemical compatibility that helps in the protection of the surface of GaAs, soft lithography is applied to the semiconductor wafer that is opposite to small segments by creating patterns over larger areas without any expensive optical equipment. The combination of soft lithography and Mactech made the perfect combination for the production over larger areas with high aspect ratio in low cost.

Wings Of Dino-Birds Is For Flapping Not...