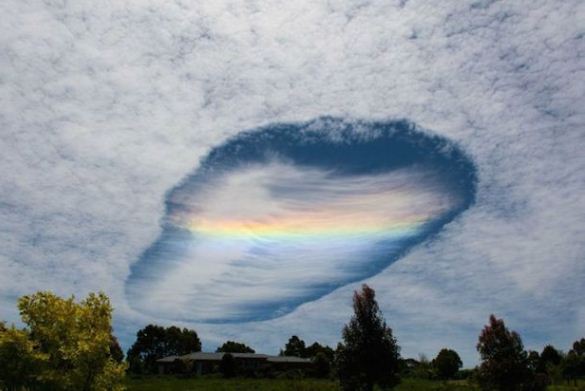 Introduction – Technologies are benefiting all the people of society. The refrigerators are one of the magical technologies that allow liquid water to freeze in a tray that is filled completely with water. It results in hard, rigid and solid crystals of ice. The large number of expertise has introduced more processes of freezing of water especially in clouds.

Research – A research has been conducted which shows that there are cases when the droplets of water are put to freeze in clouds. It results in the formation of crystalline structure of ice that does not form hexagonal snowflake structure. Rather, there is a formation of disordered ice structure that allows the droplets of water in the clouds to make a transformation very rapidly. This research has also helped various scientists to observe theoretical models and various different freezing rates that can also work in clouds.

Reason – In warm climates, when water droplets start turning into the ice in clouds, then the process of precipitation start taking place. These liquid droplets can also grow to a specific size but they need to grow in larger size as there can be more water fall form the sky, even after the formation due to the temperature. When you have to convert these droplets in large size, the best way is to turn them into ice.

Process – There are small particles of atmosphere present in the clouds that are known as aerosol. This will allow the process of freezing to start even in the chilled water. Also, this process can be started immediately, with a small region of ordered water molecules that are appearing within the droplets present in the clouds. Due to the large size of the crystalline, the water droplet can be freeze. It will grow continuously with the pulling up of water vapor presents in the surroundings. Those crystals, when grow from small nucleus are known as nucleation.

Solution of barrier – The growth of small crystal nuclei faces various different kinds of obstacles. It is due to the interaction made between the small surroundings of small solid and liquid. There is a great need for these crystalline to grow because there are certain sizes that have the capability for the continuous growth and that cannot melt easily. It has been observed that the presence of structure of ice at the top of the barrier is made of hexagonal structures that are seen in snowflakes. This structure is considered to be stable. Also, hexagonal structures are more intuitive one.