The Eco-Friendly Initiative by Canadian Firm and Bill Gates 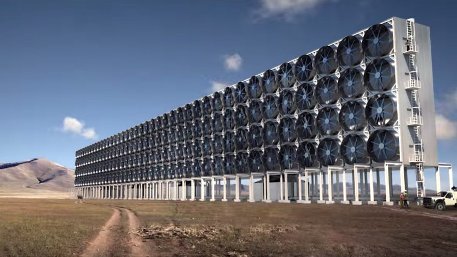 The city of Canada is suffering from destruction at a large number. So, the Carbon Engineering firm at Canada has manufactured a special plant in the name of pilot project near the city of Vancouver that absorbs carbon dioxide from the air and makes synthetic hydrocarbon fuel form it. This fuel will not generate any pollution or pollutants.

This project was started in 2009 and now it is used as full-fledged Carbon Plant. The selling of the fuel will start from 2019. The Carbon Engineering Firm and the Bill Gates Foundation has invested around 40 crores rupees in this project. Government has also contributed up-to 30 crore rupees. This idea was generated from the Scientist of Howard, ‘David Keth’. The whole project is running under his own supervision, guidance and management.

According to him, it is the one and the only step that can reduce or deplete the pollution from the entire country. This technique will make the people free from the pollution and can live healthy and beautiful lives. It was the first commercial enterprise of its kind.

The economic contribution of the Bill gates is considered as the wonderful and social initiative in respect to the company and his own reputation. This plant have the capacity to absorb around 10 lakh tons of Carbon Dioxide in an around one year. It will be equal to the carbon generated from about 2.5 lakhs car in the country.

The main motive of this firm is to produce one barrel of Hydro-Carbon fuel in one day. According to scientists, the assembling or accumulation cost of one ton carbon dioxide from the air ranges from 25,000 to rs. 64,000. But the engineers from carbon engineering firm say that the costs would lasts up-to 6400 rs per ton. This was the opportunity to keep the global temperature at its level.

It was the big challenge that allowed the decrease in emissions from energy, transportation, and agriculture. Removing carbon–whether through planting more forests or more advanced technology like direct carbon capture–will probably also be necessary to reach the goal. Now, it has become possible to take Carbon-Dioxide out of the atmosphere and use it as a feed stock with hydrogen for producing net zero emission fuels.

Use of Envisioned Plastics for Making World’s First Bottle