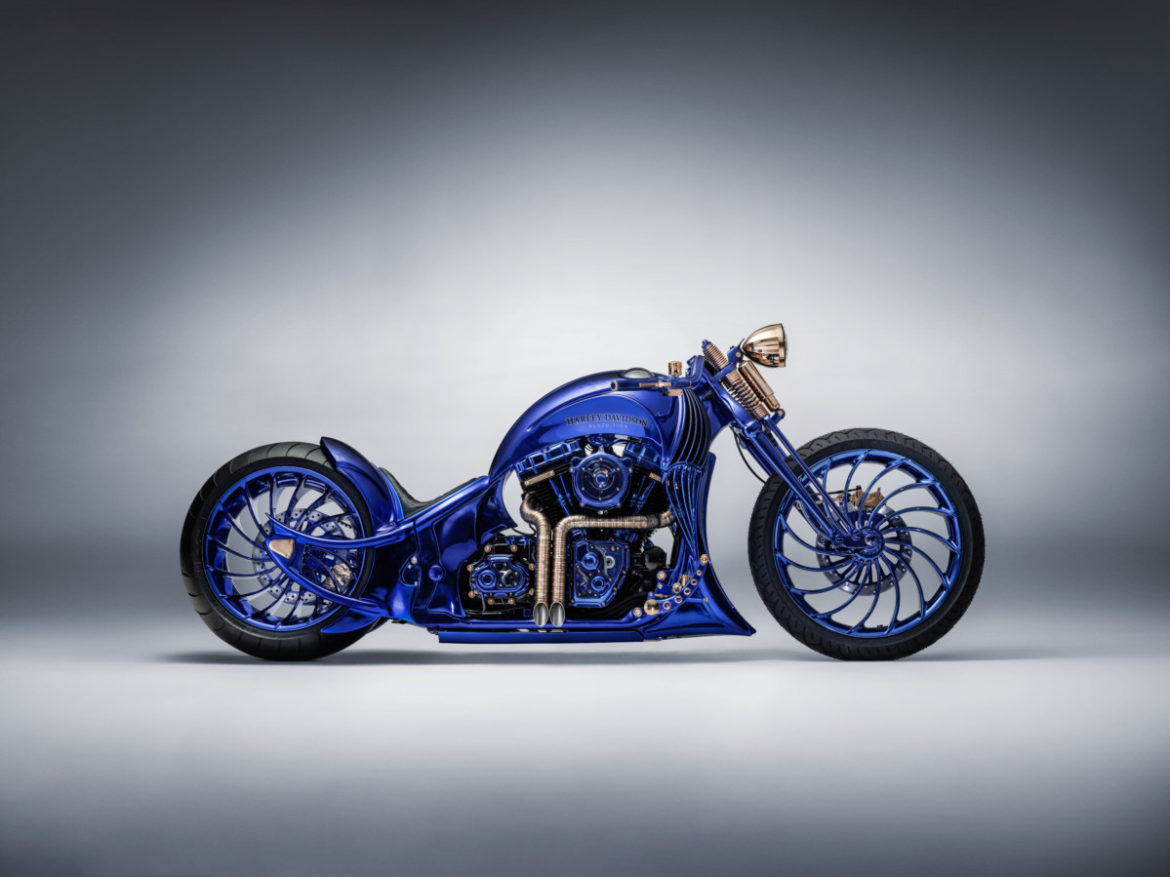 Harley Davidson and Bucherer teamed up to reveal most expensive motorbike in the world as the luxury Swiss watchmaker Bucherer collaborated with Harley Davidson on the project and released a bike worth 1.9 Million USD. This bike is totally blinged out.

This motorbike is considered as a virtual jewellery store on wheels. As it includes 360 diamonds and gold, plating integrated into the body and a 5.4-carat diamond ring comes with the bike. It also features a 100PS motor and heat resistant LEDs.

This bike is a perfect example of what luxury actually looks like. This bike with eye-catching royal blue colour is made by more than 2,500 hours of labour went into its construction. Its stunning appearance makes it look attractive.