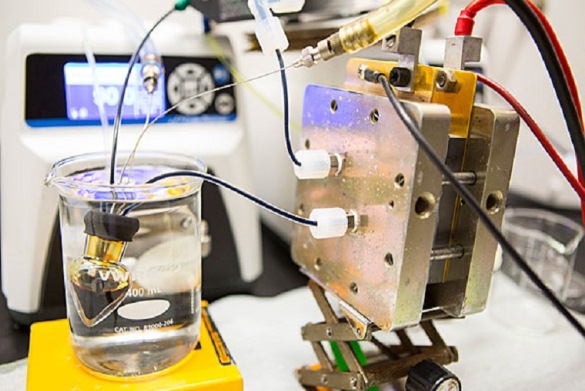 Introduction – Technologies are evolving each day and the use of energy resources are increasing with the introduction of affordable grid batteries that are made completely from Sulphur. These batteries helps in the prevention of high cost batteries that leads to the storage of different renewable energy that can be used number of times. It only works when the wind in the atmosphere get down and the sun will settle down completely. Presence of sun during the time of running of batteries can damage the system or the technology completely.

Analysis – It has been identified that the cheapest or low-cost energy source is known as pumped hydroelectric storage which is getting limited day-by-day. Due to this, new batteries are introduced and they spot most of the energy storage for which is not found in other battery system. The dense-energy batteries helps to compete the installation cost occurred by the manufacturer or engineer. It also helps in the pumping of hydro and compressed energy storage that can cost $100 per kilowatt hour of energy storage. The batteries which are recently introduced with the scale-up versions helps in the storage of less electricity.

Ability – These batteries have the potential to replace the plant known as “peaker” which is the part of fossil fuels that can inject the energy power into the grid at the time when there is high demand for it. Due to this peaker plant, the requirement of immense batteries for energy storage has been increased. The main source of this is considered as wind and solar which works for multiple days and months. The basic installation cost of these batteries is $50/kWh.

Types – There are certain types of devices in the form of flow battery which make use of liquid electrolytes by using the methods or process of anode or cathode in the system. The anodes used in these batteries are known as type of Sulphur that directly dissolves into the water. But the cathode, here, is known as liquid salt solution that takes up and releases oxygen.

Conclusion – The ions used in terms of lithium helps in the movement between electrolytes and salt solution at the cathode that takes up and help in the releasing of oxygen that can balance the charge generated by these ions. During the time of discharge from these energies, it absorbs all the oxygen and the anode used in it helps to eject the electrons that work for an external circuit. Later, when the oxygen will be released completely, electrons will directly go back to the anode and recharge the battery completely.