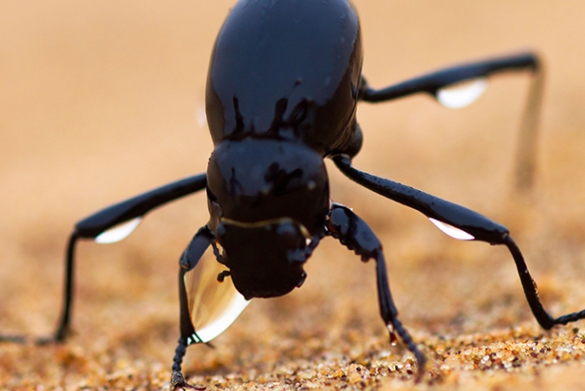 Introduction – The generation of energy through natural resources has become important due to increase in demand of renewable energy sources. For this, a slippery surface has been created with an uncanny capacity that can condense and collect water, when the pitcher plant, desert beetle and a cactus is combined.

Creation – In the world of advancement, the generation of energy is essential as the condensation lies between a necessary evil and a major drug. It includes the increase in thermal solar, nuclear or coal power plants that require the large amount of exchange of heat so that it can condense the heat extracted from the turbines, it leads to the raising of new round of hotter steam. The process of condensation is considered as the basic and the primary step towards the sapping of the energy in the formation of ice that works for other devices like coils of refrigerators and wind turbines.

Advancement – Over the last few decades, there is a rapid advancement in biology that is inspired with materials which have raised the hope of guiding and accelerating the process of condensation through various engineered surfaces and that promises unprecedented control over the water. The treatments of bio-inspired surfaces are used commercially.

Research – A research have been conducted which shows that the bio mimicry trend have been pushed that can maximize the triply-bio-inspired surfaces. It is considered as the most novel element that is asymmetric and inspired by the bumps of condensation promotion. It also helps in adorning the back of the beetles in desert like Namibia’s Stenocara Darkling Beetles.

Framework – First theoretical framework has been made that explains the method of convex bumps. It allows the promotion of condensation process with water vapor that need to be turned into the droplets. It is a trick that helps the desert beetles to harvest moisture form the fog. The droplets that are found on the mound are gloomed and rolled together through a side ramp that is modeled after the water droplet that need to be guide through the concavity of cactus spines.