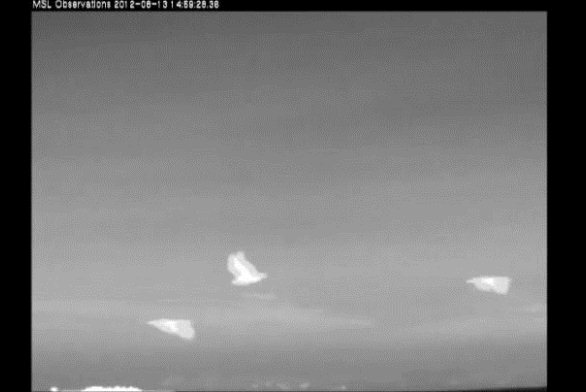 Thermal imaging is use by night vision goggles. It helps in the capturing of infrared lights which cannot be visible to the human. Researchers for the benefits of birds and bats near offshore wind power, develop unique and latest software known as thermal tracker. Thermal videos automatically help in categorizing birds and bats. As it is difficult to track them due to their flying over offshore waters.

This thermal tracker is mostly used by regulators and developers which help in the making of informed decisions about the operation of offshore wind projects. Researchers say that they require various scientific tools for the better understanding of offshore wind turbines which usually exist with birds and bats. This software helps in the identification of nearby birds and bats which could affect the project. If they found roaming in the nearby areas, then the project officials adjust the location and modify its operations. The field observation is performed with the consideration of offshore wind power.

Technology developers, wildlife biologists and engineers made collaboration for the cutting-edge technology. It also helps in the better and complete understanding of the nature related to wildlife risks. It helps in the reduction of uncertainty, which can happen during the operation. These are considered as a type of camera which provides reliable methods for the detection of bats and birds response in relation to offshore wind projects. You cannot perform traditional wildlife monitoring with this camera.

If the wind energy around our shores can be captured, then there will be a generation of twice amount of electricity used by this energy. This project is widely used especially in New York, Rhode Island and Europe. They generate total capacity of 12,000 megawatts through offshore turbines.

The top officials are putting their efforts in the creation of offshore environmental wind which leads to the limited impact creates on bats and birds especially near the American shores. Biologists evaluate wind power sites for birds and bats from the fields and observe their power of vision. When the weather cooperates, they can observe this activity only in the daylight. For long-term monitoring of bats and birds, remote sensing technologies are used which are less expensive and labor-intensive.

Most of the scientists make us of this technology for the observation of birds and bats vision. Thermal cameras also help in determining the shape of animals in the case of low visibility. Clear images and colors of these animals make the identification difficult. Also, there are other technological algorithm solutions available with the scientists which identify them based on their flight behaviors. The thermal tracker technology is based on two basic characteristics, which includes:

1.From point A to B, the shape of the path required in the flight by the birds and the bats are considered.
2.The frequency of wings of birds and bats in their flights.

This software helps in the evaluation of thermal video for these behaviors and determines the family belonging of these animals whether they are related to gulls, terns or swallows.