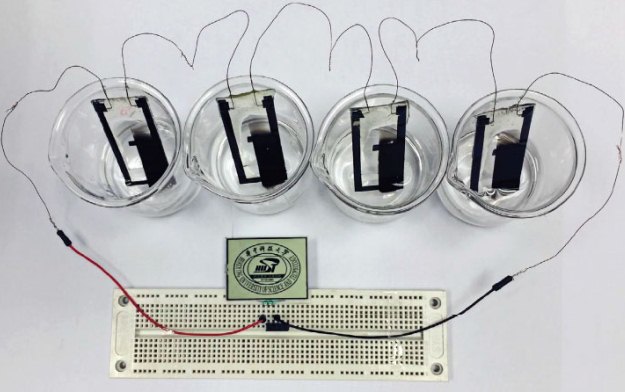 Introduction – In the saving of solar and wind power, the process of energy harvesting from evaporation helps to determine various problems that are related with power. This method of energy harvesting was used in earlier time and stages, due to non-commercialization of evaporation technologies. Various models have been introduced which says that the availability or use of potential energy from the evaporation process helps in the comparison of wind and solar power.

Research – A research have been conducted which shows various alternatives of fossil fuels or evaporation. It is found that the energy has been harnessed with the evaporation of water from various reservoirs and lakes that have the surface area of at least 0.1 square kilometer. It does not include the great lakes or coastlines that could yield electric power of 325 gigawatts that utilizes its maximum capacity up to 30%. It is considered as the total installed generation capacity. The technologies that are used for harvesting evaporation energy helps to lower down the rate at which water can be lost in to the air. It can help to match the demands with the smooth fluctuations in various different generations that can also inherit solar and wind power.

Invention – A team of professionals created an evaporation engine that deposit bacteria spores on to the thin plastic films that helps in layering those films into palm-size stack. These films act like artificial muscles that can bend in response to various fluctuations presented in the total amount of moisture coming from the air. When this air becomes filled with humid, the spores get expanded which can be caused by straighten the films with dry air and contracted spores that can make them bend. This movement helps in the generation of electricity that can power an LED light bulb.

Model design – A special computer model has been designed by the scientists that help in the prediction of various evaporation rates of lakes, reservoirs and power that leads to the generation of water cycle. It is also directly plugged in regional weather data that further includes sunlight, wind speed, temperature and relative humidity. With the usage of this models, various weather variables are adjusted which helps in the observation of conditions that were optimal for the production of evaporative power. Also, the comparison of real weather data makes the confirmation of hypothesis of dry, hot and sunny climates that contains greatest power potential.