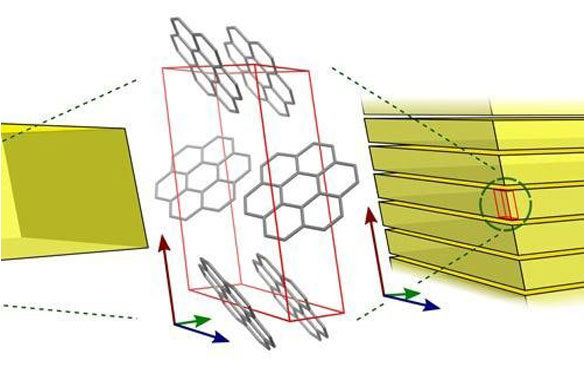 Illustration – Researchers have invented new heating metals that could help in having earthquake resistant construction materials. The professors and PhD students of international and national universities are working on the invention of natural disaster resistant devices. This will reduce as much loss as much as it can. The researchers have found an economical way to enhance and improve properties of some ‘shape memory’ metals, known for their capability to return to their original shape after being deformed. The process could make way for the mass production of these improved metals for variety of applications, including earthquake-resistant construction materials.

Discovery – The scientists have found metals that are formed of a large number of crystals but, in some cases their properties improve when they are formed of a single crystal. The one expensive fact of building this device is that the costs of producing these single-crystal metals are little high. Though the production is expensive but having this earthquake-resistant metal will be very beneficial at large for future. The future will be more secure and safe with this continuous efficient innovation.

To lose all those expensive method of metal production, researchers have found and developed cheaper methods of production with an advantage of a phenomenon known as ‘abnormal grain growth.’ Using this method, a metals multiple ‘grains’, or crystal, grow irregularly, some at the expense of others, when exposed to heat. The technique involves several cycles of heating and cooling that results in a single-crystal metal whose length is 70 cm and diameter of 15 millimetres. If compare with current shape memory alloy bars these are large and is perfectly suitable for building and civil engineering applications, says the researchers while conducting the study.

Process – The temperature at which they were heated to 900°C then 500°C, five times. Goes for four cycles of heating that is 740°C then cooling to 500°C. Further the metal is heated is heated for the last time to 900°C. The alloys they use are made of copper, aluminium and manganese, which is a well shape memory metal that is easy to cut with machines.

Conclusion – At present the technique is very advantageous fir mass production of single crystals because of the simplicity of the process. To lose all those high-rate method of metal production, researchers have found and developed cheaper process of production with an advantage of a phenomenon known as ‘abnormal grain growth.’ Using this method, a metals multiple ‘grains’, or crystal, grow irregularly, some at the expense of others, when exposed to heat.